Do you find our website to be helpful?
Yes   No

Gynecologists located in Hillsboro, OR

Many women experience heavy bleeding during their menstrual cycle. If your bleeding is affecting your quality of life, the team at Grapevine Women’s Health and Gynecology, LLC, in Hillsboro, Oregon, can help. After a thorough examination, gynecology specialists Dr. Nicola Rotberg and Dr. Sarah Jordan can determine the cause of your heavy bleeding and offer treatment options. Call today or book an appointment online.

When is bleeding considered heavy?

Over time, women may experience variations in the flow of their menstrual period. If your daily activities are affected by either the amount or length of time you are bleeding, an evaluation may be necessary. For some women, the flow is so heavy it causes anemia.

Signs of heavy bleeding include:

You may also be experiencing heavy bleeding if you’re feeling tired or short of breath, which are signs of anemia. 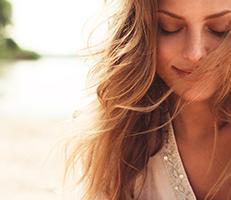 Your heavy bleeding may be caused by a number of different conditions, including:

Due to the variations in the causes of heavy bleeding, it’s important to be evaluated. This may include scheduling an ultrasound, laboratory testing, or performing a biopsy or hysteroscopy.

How is heavy bleeding treated?

Treatment for heavy bleeding depends on the cause and your health history. The team at Grapevine Women’s Health and Gynecology may recommend:

What types of procedures are available for heavy bleeding?

In office procedures such as the Novasure® or Myosure® may be offered as an alternative treatment options after a full evaluation has been completed.

NovaSure: a minimally invasive procedure for endometrial ablation, which uses radiofrequency to destroy the tissue causing the excessive bleeding

MyoSure: an outpatient procedure that removes polyps and fibroids

If you have heavy bleeding from an unknown cause, call the office or schedule an appointment online.